Mark your calendar and join the YINI community in the fifth edition of the Yogurt Global Summit that will be held during the IUNS 21st ICN in Buenos Aires, Argentina, on October 18, 2017 ! See details page for more information about the speakers.

The fifth edition of the Yogurt Summit is organized by the Yogurt in Nutrition Initiative for a Balanced Diet (YINI) in partnership with the American Society for Nutrition (ASN) and the Danone Institute International (DII). The event will gather the world’s leading experts in Argentina in order to review the latest research into gut microbiota and its growing relevance for overall health and improved nutrition. The conference comes at a pivotal time: recent scientific breakthroughs regarding gut bacterial communities are revolutionizing both medical research and nutritional interventions, while also gaining global attention. The goal of this summit is to pass on the most recent scientific advances to the medical and scientific communities that notably include scientists, gastroenterologists, pediatricians, nutritionists and dieticians.

In this page you can find the program and the speaker abstracts related to the summit. Join the conversation! #Yogurt2017 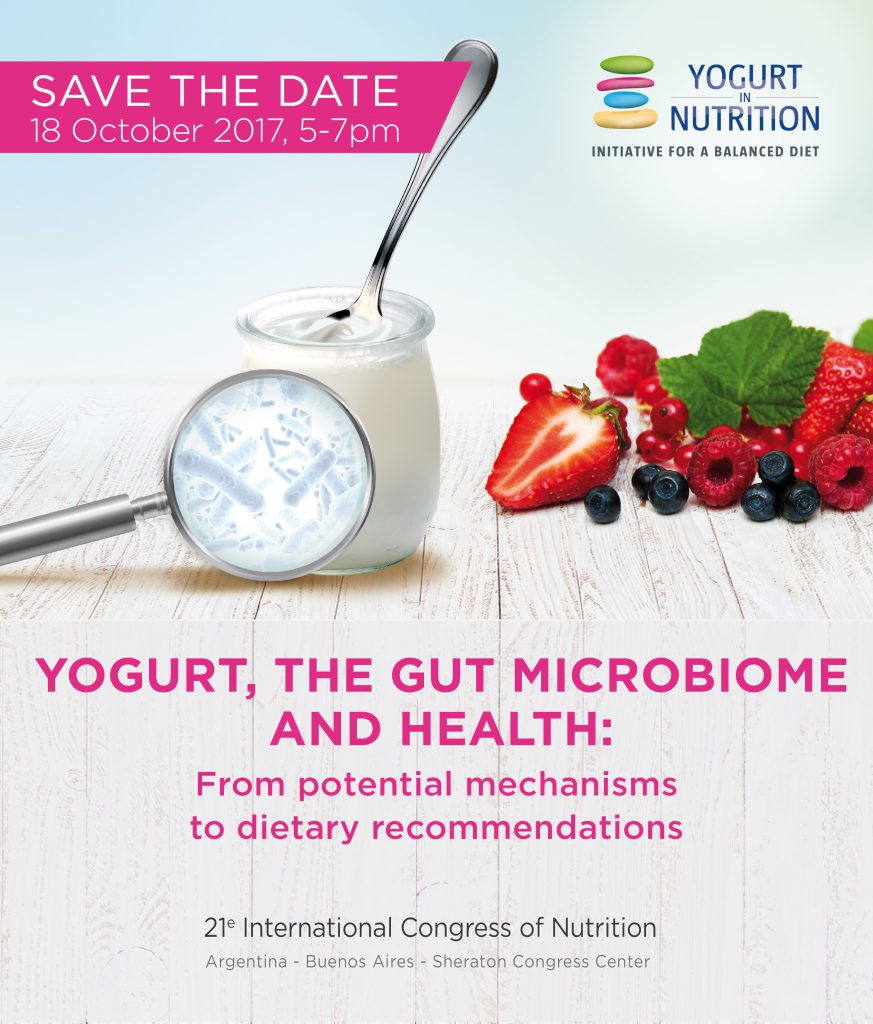 The Program of the Yogurt Summit

With microbiome research starting out more than a decade ago on the American continent, in Europe and in Asia, participants will receive an overview of the results over the last 10 years of research specifically related to health benefits of fermented foods on gut microbiota. The main topics to be discussed include : the state of the art on the association between gut dysbiosis and non-communicable diseases incidence, benefits of fermented foods consumption with a focus on yogurt,lactic acid fermentation and lastly new trend to include fermented foods into dietary guidelines. Professor Sharon Donovan (University of Illinois) and Professor Olivier Goulet (Hôpital Necker-Enfants Malades, Paris, France) will chair this 2017 edition of the Yogurt Summit.

The Gut Microbiota:  The intersection between diet and health? 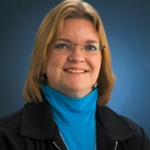 Over the past decade, our understanding of the composition of the gut microbiota has been advanced through the use of next generation sequencing approaches. More than 50 bacterial phyla have been detected in the human gut, but, the gut microbiota aredominated by ~ 1000 microbial species belonging to the Bacteroidetes and the Firmicutes phyla. These microbes encode a substantially larger number of genes than the human host and interact with the host through specific receptors on gut epithelial, neural and immune cells as well as through the production of hormones and metabolites that signal to the host to influence health and disease. Studies in germ-free animals have shown that the gut microbiota is essential for normal gastrointestinal, immune, metabolic and cognitive development and function. Clinical and epidemiological studies have linked an imbalance of the normal gut microbiota, or dysbiosis, to gastrointestinal conditions such as inflammatory bowel disease (IBD) and irritable bowel syndrome (IBS), as well as extra-intestinal diseases such as obesity, type 2 diabetes, and atopy.  There is a broad interest in better understanding how microbial dysbiosis is associated with non-communicable diseases as well as to develop strategies to manipulate the gut microbiota to improve health outcomes through diet.  Two common approaches are the provision of fermentable substrates (fibers and prebiotics) or live microbes (probiotics).  Probiotics can be administered as supplements of single or multiple microbial species or by consumption of fermented foods containing live microbial species, such as yogurt. This presentation will focus on how dietary intake impacts the gut microbiome and the potential benefits of probiotics on the gut microbiome and disease.

Health benefits of fermented dairy foods: microbiota and beyond 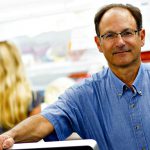 Increased consumption of yogurt, kefir, and other fermented dairy products has been driven, in part, by the health benefits these products are thought to confer.  For example, epidemiological studies have shown that yogurt consumption is generally associated with reduced risks of type 2 diabetes (T2D), metabolic syndrome, and heart disease, and improved weight management.  Although these products are good sources of protein, calcium, and other nutrients, the live microorganisms present in these products are now considered responsible for many of these health benefits.  Included are the yogurt starter culture organisms, Streptococcus thermophilus and Lactobacillus delbrueckii subsp. bulgaricus, as well as strains of Bifidobacterium and Lactobacillus added specifically for their probiotic properties.  The physiological mechanisms by which these microbes interact with the gut microbiota and contribute health benefits are now the subject of considerable interest.  One major topic of research for establishing a role for these organisms is the well-known phenomenon of colonization resistance.  Specifically, the healthy human gastrointestinal tract contains a diverse, complex, and stable microbiota that is resistant to colonization by exogenous microorganisms. These could include pathogenic organisms as well as bifidobacteria and lactobacilli that are added to fermented milk products as probiotics.  Nonetheless, clinical studies have reported several health benefits from yogurt consumption for several conditions.  Among the most well-established effect is the role of yogurt bacteria on improving lactose digestion in individuals with lactose maldigestion, mediated via in vivo expression of the lactose-hydrolyzing enzyme β-galactosidase.  However, clinical evidence has also emerged showing that consumption of yogurt containing probiotics also improves both intestinal and extra-intestinal health.  Examples include infectious diarrhea, respiratory infections, and improved immune and anti-inflammatory response.  More recently, the effect of probiotics and probiotic yogurts on behavior and the microbiota-gut-brain axis has become an active area of research.

Yogurt intake and prevention of cardiometabolic diseases: the role of fermentation products 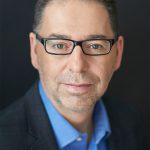 A healthy dietary pattern has been identified as a pillar for the prevention of weight gain and cardiometabolic diseases (CMD). A growing body of evidence suggests that yogurt consumption is linked to healthy dietary patterns, lifestyles and reduced risk of CMD, particularly type 2 diabetes (T2D). However, to date, there have been few to no randomized clinical trials (RCT) investigating yogurt intake in relation to cardiometabolic clinical outcomes. Furthermore, there has been little attempt to clarify the mechanisms that underlie the potential beneficial effects of yogurt consumption on CMD. Yogurt is a nutrient dense dairy food and has been suggested to lower weight gain and prevent CMD by contributing to intakes of protein, calcium, bioactive lipids and several other micronutrients. In this presentation we will focus on recent evidence that dietary proteins are key regulators of immunometabolic factors and the gut microbiota. In addition, fermentation with bacterial strains generates bioactive peptides from dairy proteins resulting in a potentially greater beneficial effect of yogurt on metabolic health compared with non-fermented dairy products such as milk. I will outline potential mechanisms that can underlie the inverse associations between yogurt intake and incidence of CMD and those are related to its bacterial constituents and bioactive peptides released during fermentation and compared with other fermented or non-fermented dairy products. A review of current gaps and challenges in identifying such mechanisms, and a perspective on future research needs that are necessary to validate the proposed role of yogurt in protecting against CMD will also be provided. 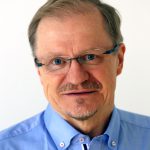 Microbes are an essential part of our environment and food. Beneficial microbes derive mainly from fermented foods which have a long history of safe use. The species Lactobacillus has been defined as the 5th most important factor for human evolution due to the importance of lactobacilli in food fermentation and health promotion by strengthening intestinal mucosal barrier. Yogurt is defined as milk fermented with Streptococcus thermophilus and Lactobacillus delbrueckii subsp. bulgaricus (Codex  Standard Number 243/2003) with the organisms viable through the shelf life.

Yogurt and fermented milks are a significant source of viable bacteria and fermentation products which enhance nutritional quality and palatability of milk and provide metabolites, enzymes (e.g. lactase) and flavor components. In Europe, only one health claim has been approved for beneficial microbes : yogurt improves the handling of lactose. Five EU member states have national nutrition guidelines or recommendations that include either probiotics or yogurt with live bacteria. A recent report demonstrates that yogurt is recommended as a good source of nutrients in many countries (14   EU member states recommend yogurt as a recommended part of local diet and nutrition). Five of them explicitly mention probiotic beneficial effects and four give examples of probiotic bacteria. Several physiological effects of probiotics are well established.  Yogurt and yogurt with probiotics have benefits to humans: yogurt is easily digestible with live microbes. The inclusion of yogurt in food-based dietary guidelines has been suggested and knowledge on health benefits suggests opportunities for evidence-based  dietary guidelines with yogurt and yogurt with probiotic bacteria.