Live yogurt contains millions of bacteria and eating yogurt could potentially increase the number of bacteria in the diet by up to 10,000-fold. 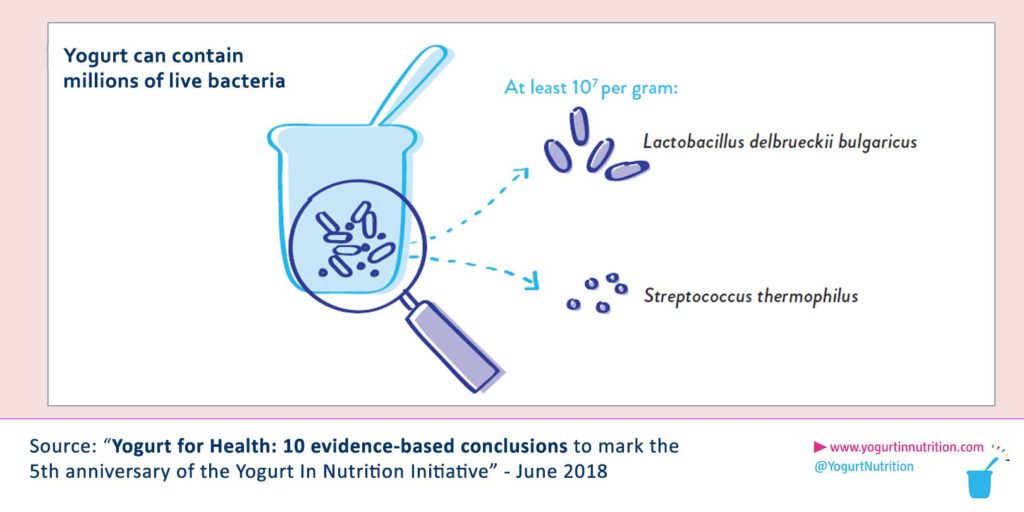 As well as beneficially altering the composition of the gut microbiota, probiotic bacteria in yogurt may alter the function of the existing resident bacteria by affecting the production of SCFAs; these have beneficial effects on energy metabolism.