“Yogurt consumption is associated with reduced risk of type 2 diabetes” is one is one of the 10 evidence-based conclusions made by the YINI board about the health effects of yogurt… learn more below.

The inverse association between yogurt consumption and T2D risk has been shown in populations in North America and across Europe.
Chen et al reported that frequent yogurt intake was consistently and inversely associated with T2D risk in young, middle-aged and elderly adults.
Among US children and teenagers aged 2–18 years, frequent consumers of yogurt (at least one serving per week) had a healthier insulin profile, suggesting a reduced risk for T2D, compared with those who ate yogurt infrequently.
A study of young Canadian people of mean age 20 years, concluded that consuming yogurt may protect against insulin resistance more specifically among those at risk of obesity, in a relationship that appeared to be independent of lifestyle factors measured. 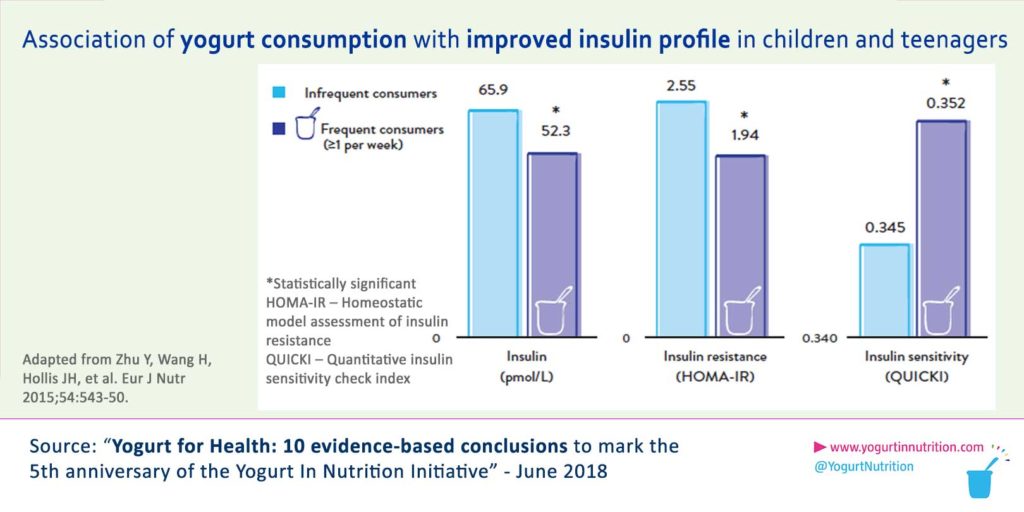