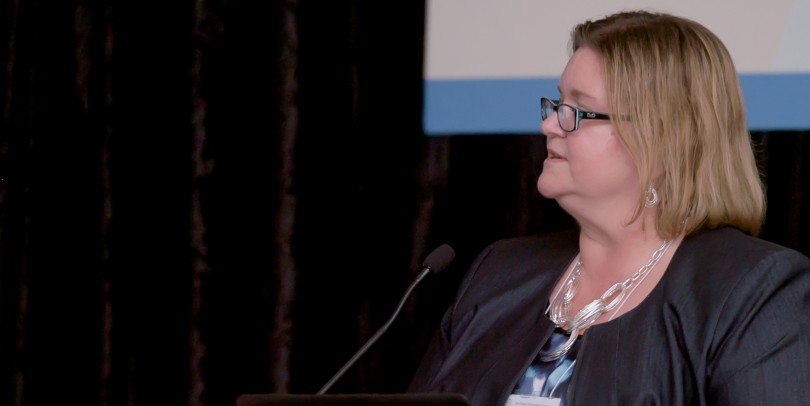 In the context of #yogurt2016, fermented foods and the gut microbiota received particular attention. Here Professor Donovan offers a general overview on the research and how it helps us understand the benefits of a healthy nutrition.

Gut microbiota was an important topic at #yogurt2016. Professor Sharon Donovan, of the University of Illinois and co-chair of the Yogurt in Nutrition Initiative, agreed to take questions from Nutritionist and special guest Lori Shemek (@LoriShemek on Twitter).

First, Lori asked about the scientific evidence on the relationship between yogurt consumption & the gut microbiota

Gut microbiota is a hot topic

Consumers, scientists, media: everyone is talking about it. But what exactly are we talking about? Trillions of bacteria are thriving in our gut and most importantly they interact with us in many ways, Donovan explained. It contributes, she said, to our gut health, the development of our immune system… Professor Donovan further mentioned that recent data show that our bacterial companions can affect metabolic diseases, such as type 2 diabetes and obesity.

As far as yogurt is concerned, Professor Donovan said that it may impact our gut microbiota. What strikes her most is the fact that different types of bacteria are associated with yogurt:

We know some of the ways that yogurt benefits health

Further to the several scientific evidence Professor Donovan referred to, she insisted that a lot more research needs to be done. More studies in order to better understand the true health benefits of yogurt.

Studies with animal models and in humans tend to confirm the importance of diet when it comes to the gut microbiota. Diet is probably one of the major determinants of our gut microbiota. This becomes obvious in long term studies. If for instance we follow populations with different geographic origins, or people who follow different diets, we observe differences. Differences in the kind of bacteria that are present, as well as the genes that they express. So that the genes expressed and, consequently, the metabolites produced, are yet another hint of how our gut microbiota communicates with us, she concluded.

Assessing the effect of bacteria strains found in fermented foods have on the gut microbiota is the key question here. Professor Donovan cited recent studies, adding that they tended to focus on probiotic strains in yogurt. When reviewing the literature, she explained, researchers do not seem to be studying that much standard yogurt. They rather examine yogurts, which contain added bacteria.

Professor Donovan insisted more studies were needed in this area. “A lot more research”, as she put. First, there is a need of research in populations. This is important to monitor the “before and after” yogurt intervention. Also, randomized control trials (RCTs) will help us get new insights on “standard versus added cultures yogurts”. We still have a lot of work ahead of us, she concluded.