In addition to all the other health benefits, the consumption of yogurt seems to help lose weight during a calorie-controlled diet. In fact, several scientific studies have shown that yogurt has a positive association with reduced body fat.

For example, in a study on 34 obese people, those who included three daily servings of fat-free yogurt as part of an energy-restricted diet lost 22% more body weight and 61% more body fat than those who were not eating yogurt [1]. Another study suggests that fortified yogurt (with whey protein, calcium, vitamin D, prebiotic fibers and probiotic cultures) lead to greater reductions of body fat and waist size and a less muscle loss than low-fat plain yogurt, for a similar loss of weight [2].

How does yogurt influence weight and body fat?

Calcium in yogurt, providing approximately 25% of the Daily Value for 1 cup, is a micronutrient that may affect fat by reducing its absorption from the intestine [4] and reducing fat storage in fat cells [5].

Live bacteria in yogurt and probiotics in fermented dairy may also influence weight by modulating gut microbiota. The mechanisms remain unclear, but researchers suggest some gut microbiota effects on fat digestion by reducing toxins in the gut and reducing the size of fat-storing cells [6, 7].

In practice, you can make the swap to yogurt to save calories, get more nutrients and enjoy bigger portions. 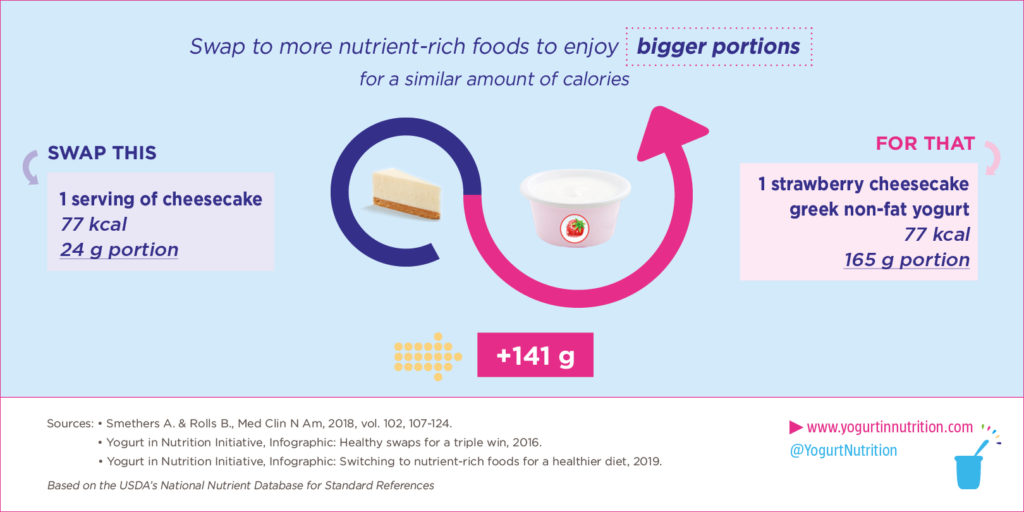 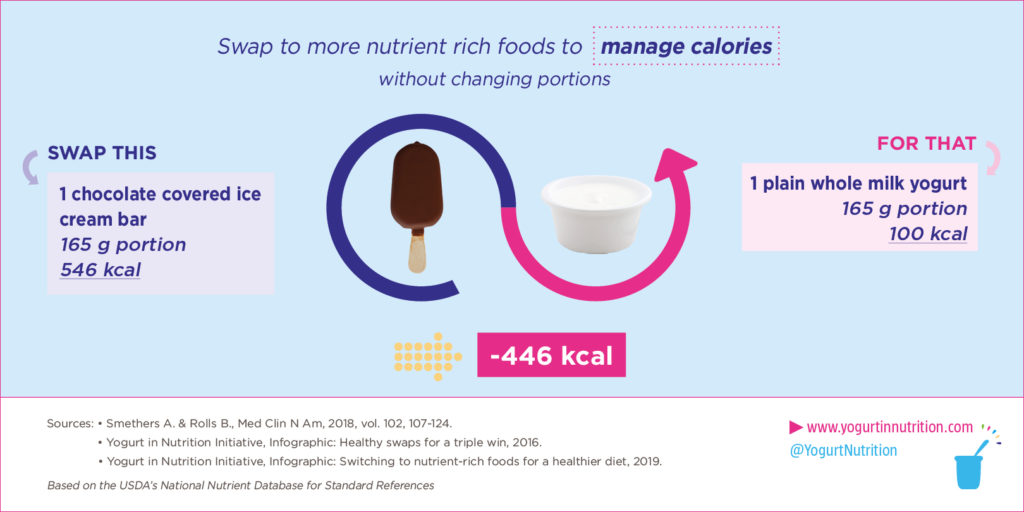