On November 9th and 10th 2020, the symposium “Food, health and sustainability” organized by the Danone Institute Spain was held in streaming. Professionals from different sectors (sociology, economy or environment) met online to debate on the main challenges and research lines for the change towards more sustainable eating habits. 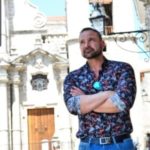 Ramón de Cangas, dietitian-nutritionist, biologist, doctor in functional and molecular biology and researcher at IFAL, shares in this review his experience as a participant and highlights some key ideas about the Mediterranean diet as a sustainable food pattern.

The production of food, both animal and vegetable, as well as our dietary patterns, have a significant impact on the health of our planet

It is increasingly clear that action must be taken on all fronts to curb climate change and achieve environmental sustainability. One of the aspects in which you can act is precisely in the diet. The production of food, both animal and vegetable, as well as our dietary patterns, have a significant impact on the health of our planet.

A sustainable food system ensures food security, nutrition etc … without compromising the social, economic, environmental … foundations of future generations. Therefore, one thinks not only of the current population, but of the future.

In the interesting Symposium that I have attended online, on November 9 and 10, issues related to food production, the circular economy, different dietary patterns, Mediterranean diet and sustainability etc… have been addressed.

Dr. Lluis Serra, one of the world’s leading authorities on the Mediterranean diet (on November 16, 2010, the Mediterranean diet was declared Intangible Cultural Heritage of Humanity during the fifth meeting of the Unesco Intergovernmental Committee held in Nairobi, Kenya, for the safeguarding of this inheritance) addressed precisely that point. The Mediterranean diet is much more than a diet, it is a cultural model that involves the way in which food is produced, collected, cooked, consumed, etc …

And it is a model (unprotected by the globalization of models based on fast food) that respects our culture and includes various groups of local and seasonal foods, prioritizing real foods and prioritizing plant foods. The scientific evidence favorable to the Mediterranean diet in relation to the prevention of pathologies and their positive physiological effects is very high, the highest and the one preferred by health professionals. Studies such as Predimed and Predimed Plus give very positive results in favor of the Mediterranean diet. Its generalized follow-up would have a great impact on public health and large savings in health spending. Its food environment is not limited exclusively to the Mediterranean basin but goes further and even reaches other continents and if a correlation is sought between all these places it is seen how the production of olive oil and wine have in common.The Mediterranean diet is based on several aspects, its positive impact on health, its respect for our culture, maintenance of biodiversity, and related sustainability both from the point of view of economic and environmental aspects. Beyond health is culture, landscape, the way of working agriculture etc … It is a food system adapted to culture. Food production has a high pressure on the environment, the Mediterranean food system has a positive impact on water consumption, protection of agricultural land, energy consumption and emission of gases. Obviously it is not only a matter of food groups, but also of where they are produced. The Mediterranean diet promotes the consumption of local foods, which has a positive impact on caring for the environment. Encouraging research, educating in nutrition, appealing to corporate social responsibility … etc .. are important to tend towards the Mediterranean pattern.

Food decisions are highly conditioned by other expenses and costs

Dr. Jesus Contreras (other of the presentations that has caught my attention) in his presentation shows us how food decisions are highly conditioned by other expenses and costs. Spending on food is flexible, other spending is much less flexible and fixed. All of this obviously has consequences on the environment and to achieve changes that have a significant impact we should act at all links in the food chain. The growth of cities and other social changes have resulted in less time to cook and shop. In addition, in recent times poverty and inequality have increased, which also has an impact on food choices and obviously on the environmental impact. All of this is also empowered by “food waste” and fashions (for example, the rise in the price of quinoa that became fashionable with the consequent negative impact on poor communities in the Andean countries). There must be a radical change in the world food system, a new agricultural revolution (although the actors who carry it out matter), a fight against the obesity pandemic (which is not being reversed, yet), the changes must be bankable (but it is something which has not yet been achieved). There is more poverty, inequality, desertification, obesity, malnutrition, pollution … all this is correlated, perhaps a correct redistribution of wealth would be more than necessary.

In summary, we can say that the way we eat has of course a determining impact on our health but also on the environment, therefore, food systems must be promoted that allow us to combine a healthy diet with environmental, economic sustainability, etc … that protects not only to the current population but to future populations. The Mediterranean pattern is a model that allows us to combine both. However, changes to sustainable patterns will be conditioned by many actors and require a reduction in inequality and a redistribution of wealth.

Dr. Ramón de Cangas is a dietitian-nutritionist, Doctor in Functional and Molecular Biology, Health Biologist and specialist in Food Biotechnology from the University of Cantabria. (Twitter account and Instagram)