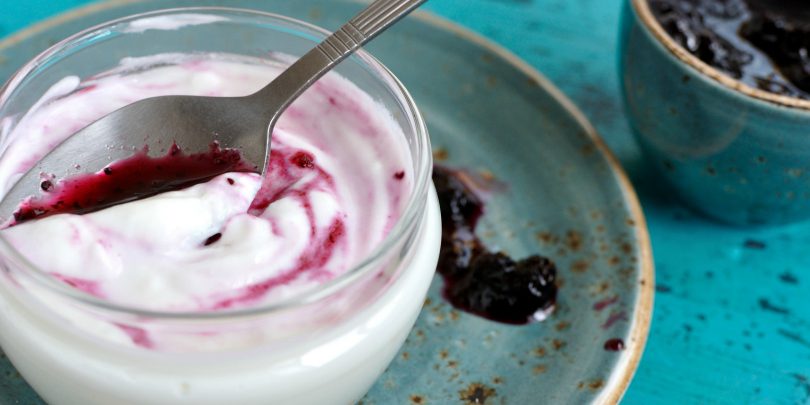 Plain-yogurt consumers often say they add sweeteners, such as jam or honey to their yogurt. In France, for example, 50% of consumers sweeten plain yogurts prior to consumption. It’s commonly thought that adding sugar or jam oneself is healthier than eating pre-sweetened yogurt.  This study calculated also the quantity of added sweetener and showed that on average, it can be greater than in a pre-sweetened yogurt .

These results bring new data on this behavior and demonstrate that for some consumers it might be healthier to eat pre-sweetened commercial yogurts from an energy/sugar intake perspective.

This French study measured how much sugar consumers really added under contextualized testing conditions. Participants (199 adults, who regularly consume plain yogurt and add a sweetener) were given a plain yogurt (125 g) at the end of a full meal and were allowed to sweeten it with their usual sweetener (caster sugar, honey, or jam). The added quantities were measured indirectly by weighing the sweetener containers before and after use and converted into equivalent quantities of sucrose, or “added sugar.”

On average, participants added 13.6 g of sugar to their yogurts, which is higher than the 10.2 g of sugar, contained in pre-sweetened commercial pots of yogurts. More sugar was added, when subjects used jam (24.4 g/yogurt), as opposed to caster sugar (11.0 g/yogurt) or honey (12.1 g/yogurt). Age, socio-professional category, and BMI had a significant influence on the added-sugar quantity.

Finally, one other striking result is that consumers may underestimate by half the quantity of added sweeteners. These findings suggest that consumers have a healthy (or healthier) image of their own sweetening behavior. According to them, it is worse to eat pre-sweetened commercial yogurts, but the results show that it’s not necessarily true.