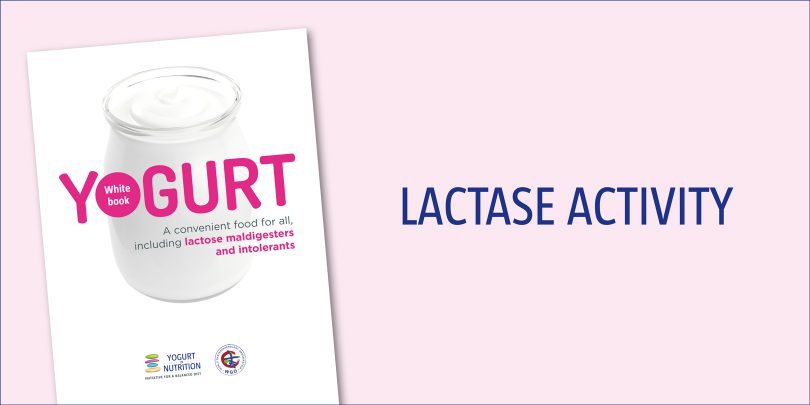 In the intestine during digestion, lactose is usually split into glucose and galactose by the lactase. This enzyme is located in the brush border membrane of enterocytes, the absorptive cells of the small intestine. Lactase, encoded by the LCT gene, becomes normally less active with age. (11) In congenital lactase deficiency, a very rare genetic disorder (affecting fewer than 50 patients in the world, mainly in Finland), lactase activity is drastically reduced or non-existent. (1) Infants with this disease can experience symptoms such as nausea, abdominal cramps and bloating, vomiting, flatulence, diarrhea, dehydration, loose stool, metabolic acidosis, the presence of lactose in urine and a distended abdomen. These infants must completely avoid lactose. (6, 12)

In the normal population, lactase activity reaches a maximum at birth and starts declining after weaning to reach less than 10% of the pre- weaning level. This normal decline is called lactase non-persistence. It is more common in people of Asian, African, South American, Southern European and Australian Aboriginal heritage. However, in some populations of Northern European descent (Scandinavia, the British Isles and Germany) who continue to consume dairy products during adulthood, lactase activity remains in most people. 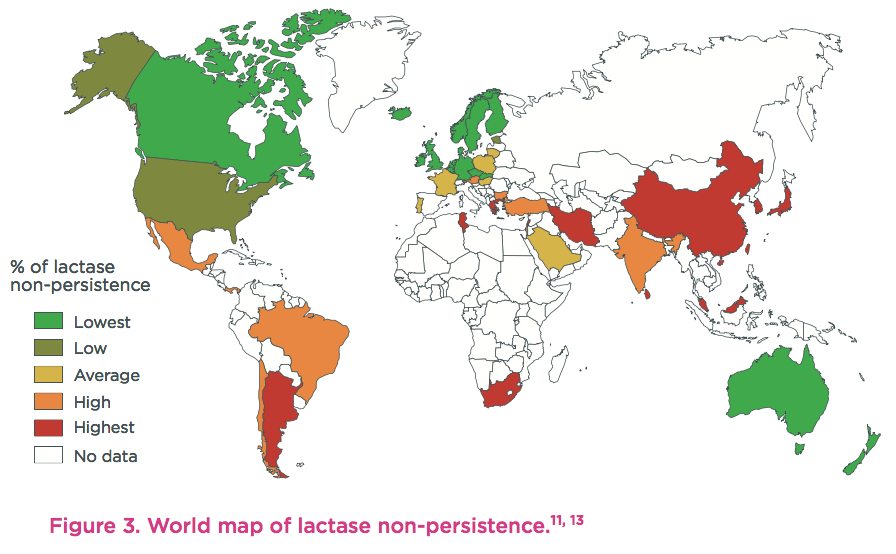 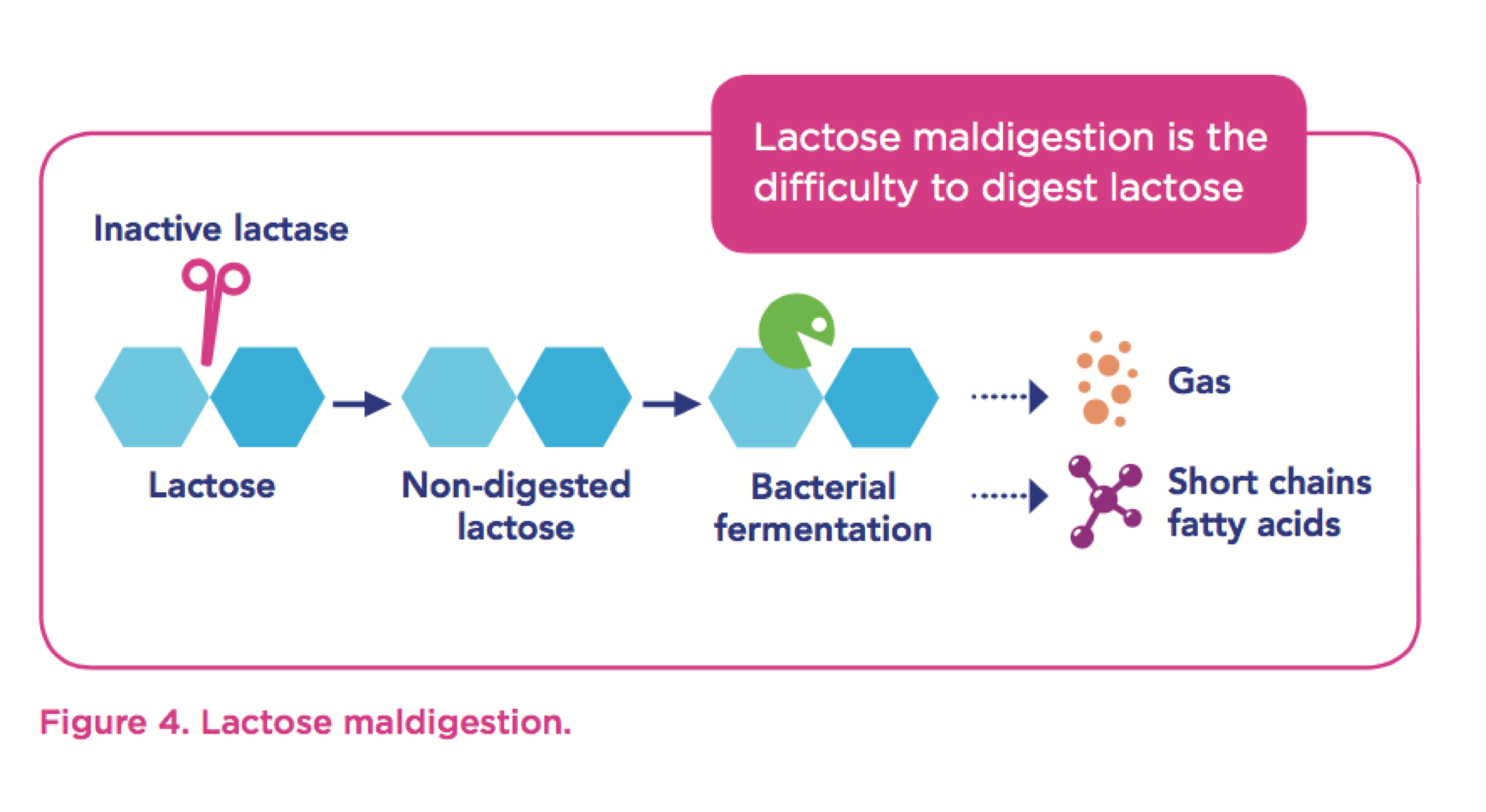 Yet these symptoms can also occur for other reasons and are not specific to lactose intolerance. They can be observed in some gastro-intestinal dysfunctions such as irritable bowel syndrome, inflammatory bowel diseases (Crohn’s disease and ulcerative colitis) and intolerance to FODMAP (Fermentable, Oligo-, Di-, Mono-saccharides And Polyols, which are short chain carbohydrates poorly absorbed in the small intestine). Psychological factors such as somatic anxiety, stress and depression can also cause the occurrence of these symptoms. (15-18)

Lactose malabsorption can also occur temporarily in case of infectious diarrhea, malnutrition, radiotherapy, mucosal damage due to coeliac disease or some medicine use, and give rise to similar symptoms. (19)

Thus the presence of the aforementioned intestinal symptoms cannot systematically lead to the correct diagnosis of lactose intolerance.